Wednesday
10:30 AM Rite I Holy Eucharist 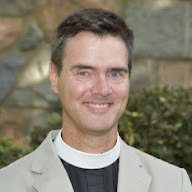 Join us in welcoming the Rev. Scott Fleischer to our joyful staff as Priest Associate for Pastoral Care. Scott and his wife Victoria are coming to Christ Church from the Columbia area. His first day is September 15.

A native of California, Scott graduated from California State and Trinity Episcopal School for Ministry. He was ordained a deacon June 2002 in the Diocese of Central Florida and a priest December 2002 in the Diocese of South Carolina. Over the past 19 years, Scott has served as the Assistant Rector at Prince George, Winyah in Georgetown; Chaplin at York Place in York, SC; and currently as Associate Rector at St. John’s, Columbia. Scott is married to Victoria, and they have three children – Jack, Isabella and Sam. We are fortunate to gain someone with Scott’s experience in pastoral care in outreach.